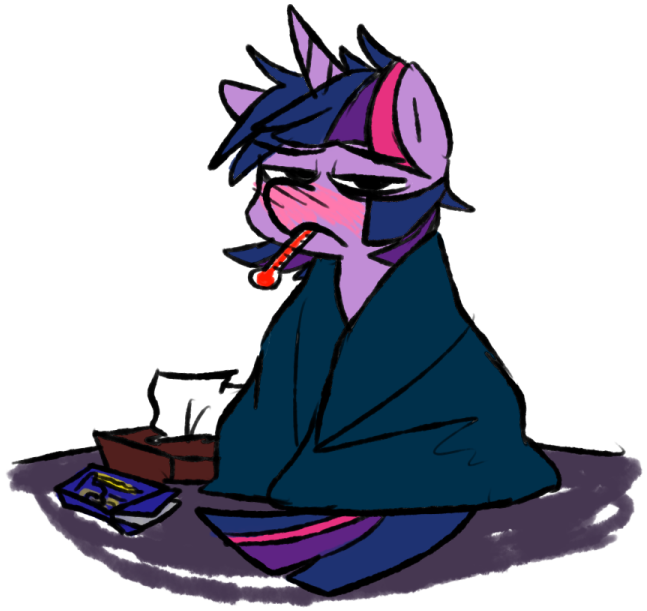 This was me last week, ugh.

Just in time for the holidays, Ross and I both caught an epic cold.  We both spent the entire week flopped onto flat comfy surfaces in various spots in the house, watched a lot of TV, and slept a lot.  And I did a lot of something that I haven’t done in a very long time.

Yup, The Crafty Nerd finally got her craft on.  And gosh, did I miss it. 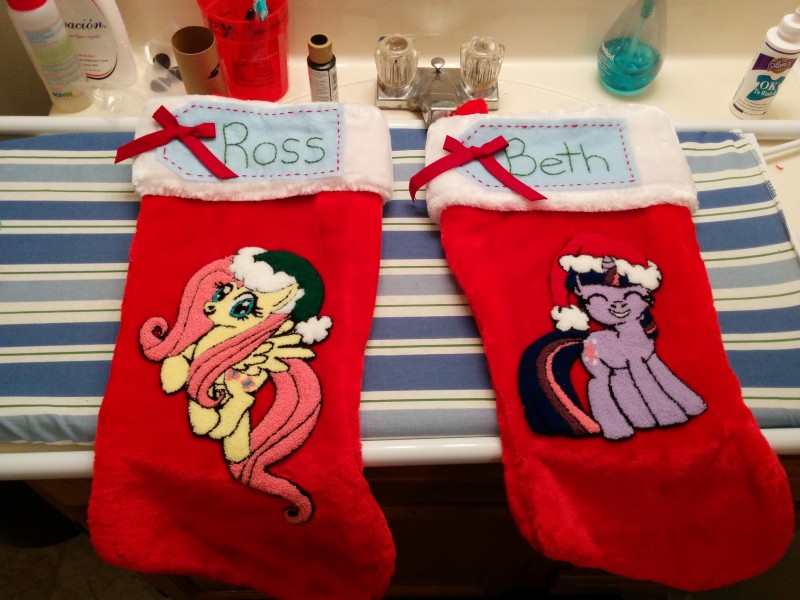 First off, I finally finished making Christmas stockings for Ross and I, featuring our favorite ponies.  I’d actually started Ross’ stocking in September, and got the punch embroidery most of the way done, but when I received the original stocking I’d planned to put Fluttershy on in the mail and found out Fluttershy was way too big for it, I set aside the punch embroidery in frustration and forgot about it for a month or so.  On a random trip to Kroger recently, though, I found these giant stockings in the holiday section on sale, and snatched them up – they turned out to be perfect!  I finished Fluttershy, cranked out Twilight Sparkle in a week, and did all the fiddly work this week while I was sick – trimming the extra fabric from the punch embroidery, gluing everything together, cursing at the glitter glue pen when it made a mess of Ross’ name on his stocking, then finding an awesome way to fix the glitter glue goof-up.  I’m really happy with how they turned out. 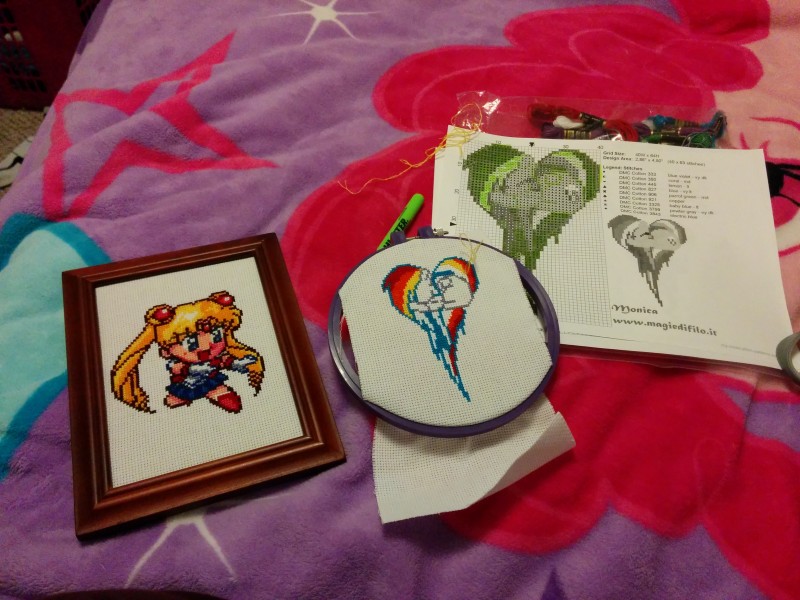 Cross-stitch, how I missed you…

I also did some counted cross-stitch – and ended up with two really pretty projects!  (Well, almost two, I’m nearly done with Rainbow Dash…)  Sailor Moon came out amazingly, and Rainbow Dash is so vividly colored!  Sailor Moon’s already up in my Etsy store, if anyone’s interested in snatching her up, and Rainbow Dash will be up in a few days, I’m pretty sure.  Ah, the trouble with making so many awesome crafts is that you run out of places to put them.  Hopefully someone else can give my crafts a good home…

I’ve also been working on one last project, but I’m trying to keep it a secret, as it’s a Christmas present for someone – but I promise I’ll show pictures after the holidays!  All this crafting has put me in a better mood, though, that’s for sure – it’s been a very pleasant distraction from a lot of things that’ve been going on.  With the nasty weather today, I’ll probably spend the rest of the night crafting instead of going anywhere.  I had to scrape ice off Scooterlou before I rode home from work today.  Ice.  Off my scooter.  But hey, Rainbow Dash cross-stitch awaits, and then even more projects waiting in the wings (Pinterest is doing a really good job of organizing them for me)… so I don’t care if the sky spits out more ice.  I’ve got crafts to make. [emoji smiling cat face with open mouth]