Since I got full-time at IT Training, I’ve been working on beefing up my professional wardrobe.  And, well, my wardrobe in general.  For those of you that know me, while I can be professional when I need to be, sometimes I want to have some fun with what I wear.  And after doing some searching, I’ve found that there’s no shortage of work-friendly clothes that show off my nerdy and geeky side. This is one that I’d been wanting for quite some time.  A comfy, casual Star Trek sweater? That I could wear to work? YES.  I’ve worn this one to the office quite a few times, and every time I get compliments on it.  (It doesn’t hurt that I work in the IT field, surrounded by Star Trek fans.)  My boss calls it my “Picard sweater”.  To be honest, though, I call it my Janeway sweater – I can totally see her wearing this when she’s off duty, drinking a large mug of coffee, maybe chatting with Neelix…  One of the awesome things about this sweater is that it’s unisex, so it has sizes that fit anyone!  Which is always awesome. I actually snagged this one before my Command sweater, but it’s a bit more casual – something to wear to work on Fridays, as opposed to something I could show up to teach a workshop in.   However, it’s still incredibly comfy, and after a few washes, it’s now the softest sweatshirt in my collection.  I get compliments on this too – and a ham radio friend of mine says he’s using the Star Trek sweatshirts for Halloween for he and his wife. 😀  (He’s going as Riker, and she’s going as Troi from Season 2, episode 1 of The Next Generation, considering she’s having a baby herself!  Now, that’s an awesome costume idea. 😀 ) Sadly, this sweatshirt does not come with a comm badge, but it’s not too hard to find one online to adorn your sweatshirt with.

This is one I don’t own yet, but I’m going to have to snatch up soon – I love the pattern, and I love that it has pockets.  How many skirts out there proclaim they have pockets?  Not many.  I don’t think any of the skirts I own for regular use have pockets.  Which is a bummer. 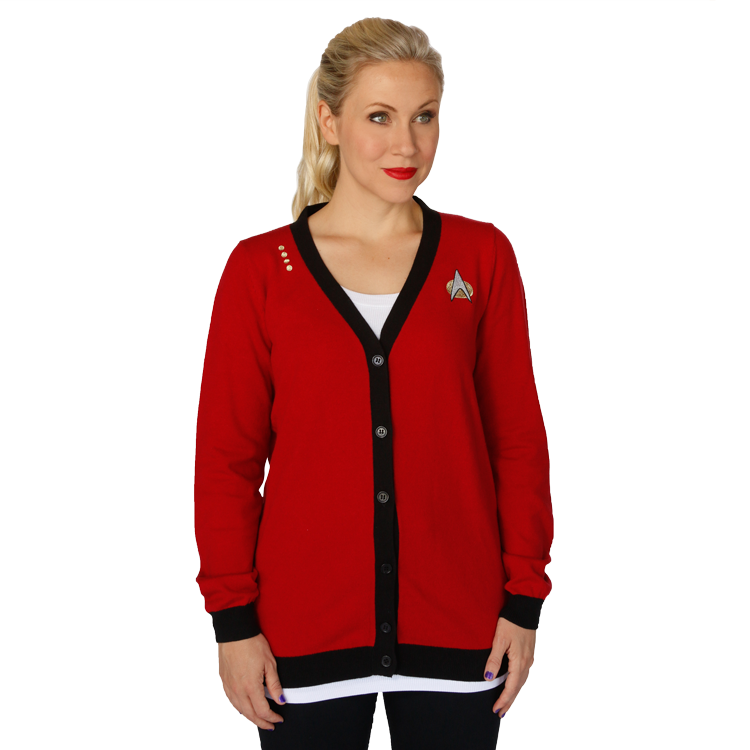 This is a far more subtle Star Trek sweater that I’m going to have to add to my collection.  I found this on Her Universe (a site I only recently discovered!), and I love that it includes the rank pips as well as the communicator badge.  I do have a thing for cardigans, and I’m quite sure this one will end up in my collection sooner rather than later… 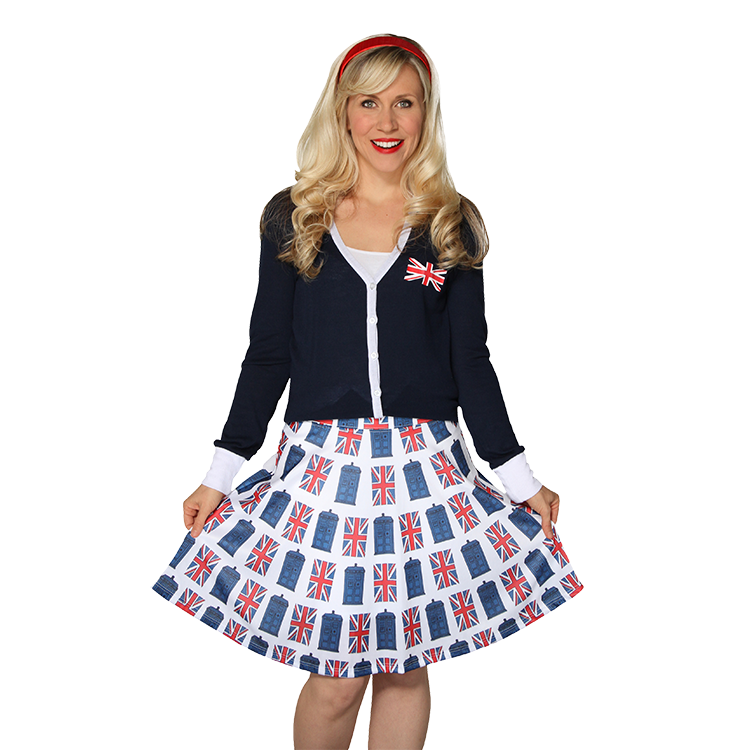 You thought this entire post was going to be of Star Trek clothes, didn’t you?  Well, I found a skirt on Her Universe that would also be office appropriate, but it’s got the TARDIS on it!  And you can never go wrong with the TARDIS.  Bigger on the inside, travels through time and space, makes a delightful skirt pattern… 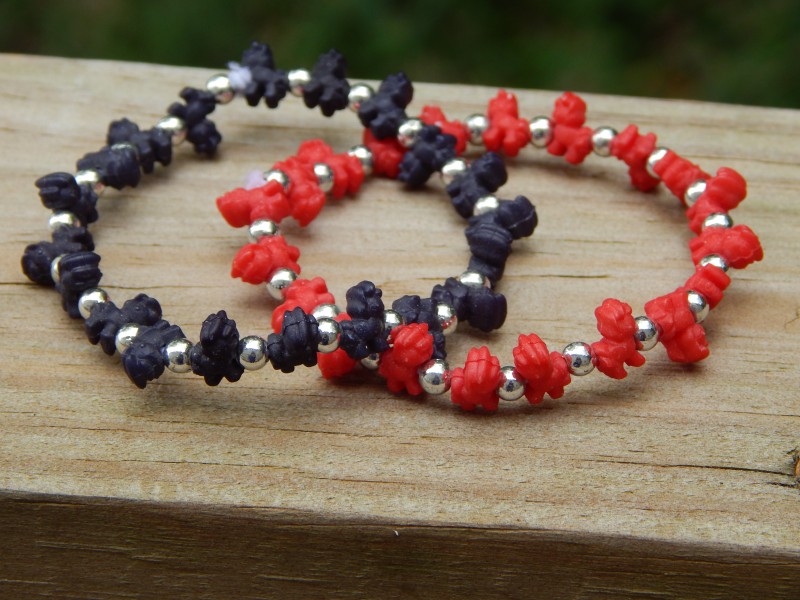 I actually found these wee little ponies at Walmart, for $1 each!  They’re so tiny that unless you look up close, you’ll never notice that they’re Pinkie Pie beads.  You can find these at the jewelry counter, in a little box of all colored pony bracelets – I tried to find them online for everyone, but had no luck.  (Plus, Walmart’s website kept crashing on my Chromebook, which is annoying.) 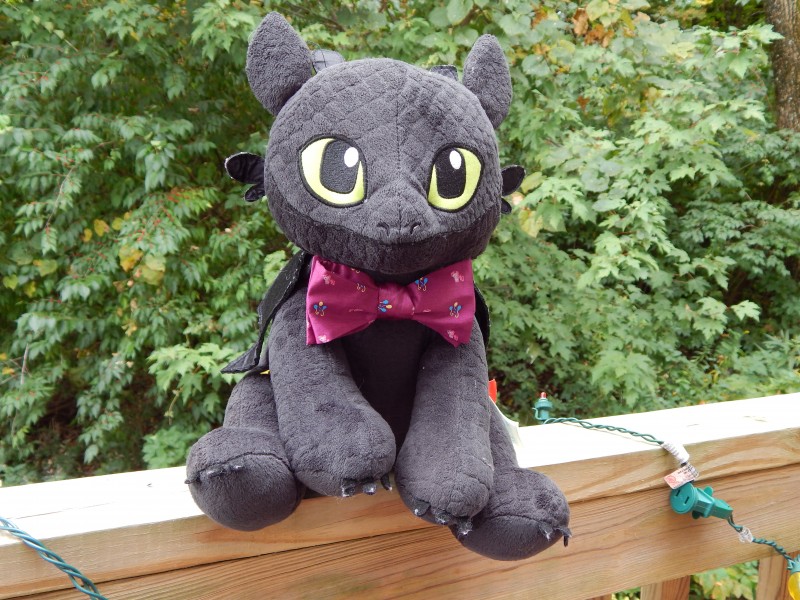 For those of you who are of the tie-wearing persuasion… you can now wear pony ties, thanks to My Little Ties! Toothless is modeling the Pinkie Tie for me here, and there are plenty of others at My Little Ties.  Ross has a few of these in the bow-tie version, but they make regular ties as well.

Hopefully these can give you some inspiration for showing your inner geek while you’re out and about!