I recently finished my second quilt.  It’s nothing super fancy – I ordered a sampler pack of 10-inch squares of the Luna Sol sampler from Connecting Threads, cut them all in half, and stitched triangles together until I had a quilt.  Hand-quilting sounded like an amazing idea when I first finished it, and while I was absolutely tired of this quilt by the time I got to adding the binding, I am pretty happy with the hand quilting. 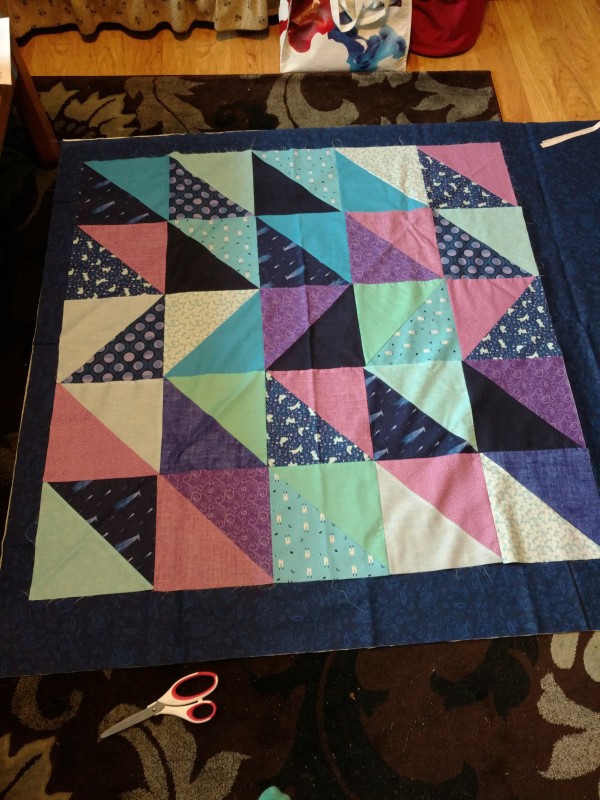 The quilt-in-progress – before I added the batting. And when I realized I stitched one row together with the triangles in the wrong direction.

This quilt is not without its faults.  As you can see in the picture, I stitched one row in the wrong direction – and didn’t realize it until I’d finally pieced the sucker out and laid it out for this picture.  I almost gave up on the darn thing then, to be honest, but then I took a closer look at that picture, and plotted out how I’d hand stitch things.  I ended up going with a sort-of lightning bolt arrangement of geometric shapes for the quilting.  It still looks a little awkward, but hey, I made it a beautiful sort of awkward.

Shortly after starting the hand quilting, I found another issue in the quilt – two squares weren’t exactly stitched together, and were coming apart in one corner. 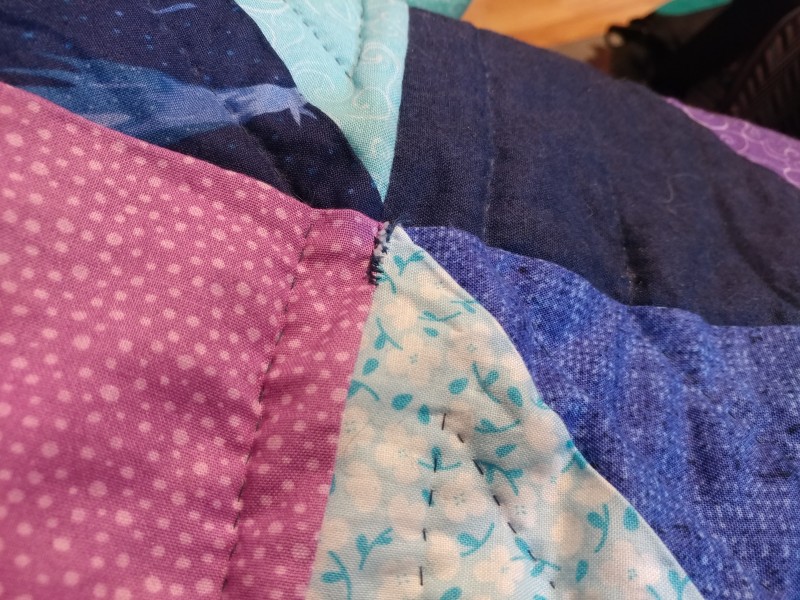 It was at this point where I said “screw it, this quilt is already imperfect, I’m just going to stitch the hole closed and carry on, maybe patch over it when I’m done.”  And I did the patch you see above, and then went on about my quilting.

But the more I worked on this quilt, the more I saw it as something of a self-portrait.  It was imperfect, just like me.  It’s got some rough patches and parts that were hastily fixed.  It’s got some awkward bits.  But in the end?  It turned out beautiful. 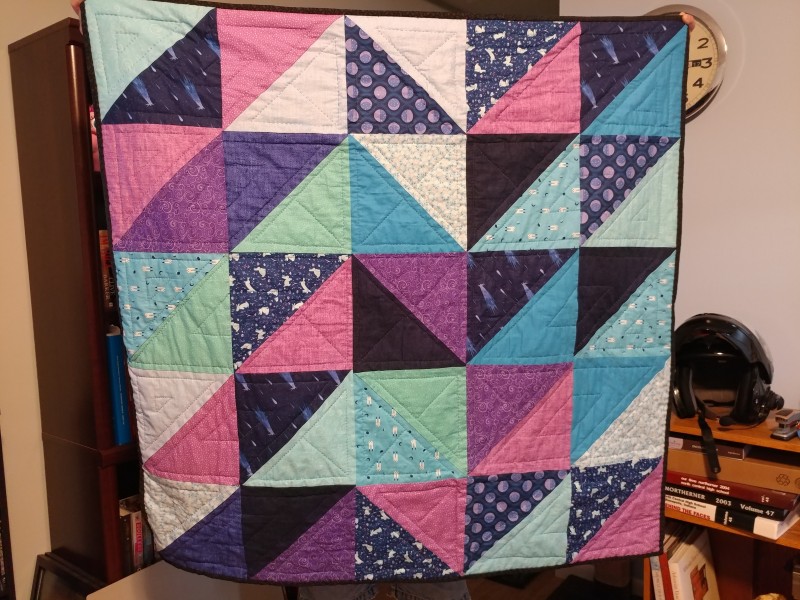 The finished quilt, held up by Ross.

It’s a perfectly-sized little lap quilt, and I absolutely love how soft the fabric is.  Plus, the little bunnies are adorable.  (One of my nicknames is Beth-bun, so that may have highly influenced the choice of fabric, heh.)  Despite all the hiccups in making it, I love how it turned out.  And it really is a self portrait, in quilt form.  Awkward, not quite perfect, but wonderful all the same.

And good at snuggling cats. 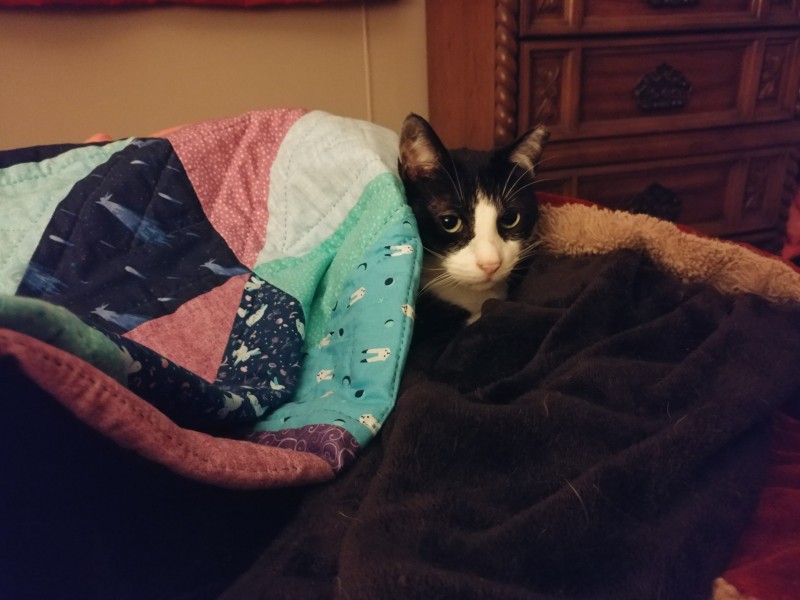