Since Day 3 is mostly going to be covered in a post specifically about the Blue Rose LARP, and there wasn’t much to Day 4, I’m going to cover these both in a slightly belated post.

Day 3 of Gen Con was a blast! Granted, I spent most of it helping run Trials of the Rose: The Call to Adventure, but that’s what you go to Gen Con for, right? Running or playing games!

Before prep started for the Blue Rose LARP, I got the chance to wander around the convention center a bit. I saw some awesome cosplayers, and also ran into this little guy! 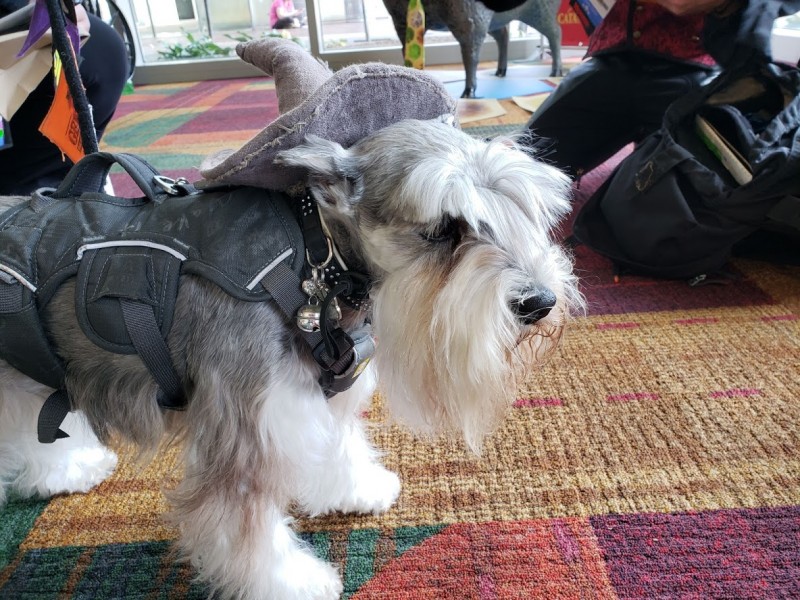 This is Gandalf, and he’s become a bit of a Gen Con celebrity over the years. Ross and I were behind Gandalf and his owner in the costume parade last year, and I ended up following Gandalf’s Facebook page afterwards. This sweet little dog gets to go to a lot of conventions, and probably has more costumes than I do! I’m happy I got to see him – and he definitely loves his fans, he ran right up to me as soon as I took my camera out and gave me a bunch of doggy nuzzles. I even got his pawtograph! 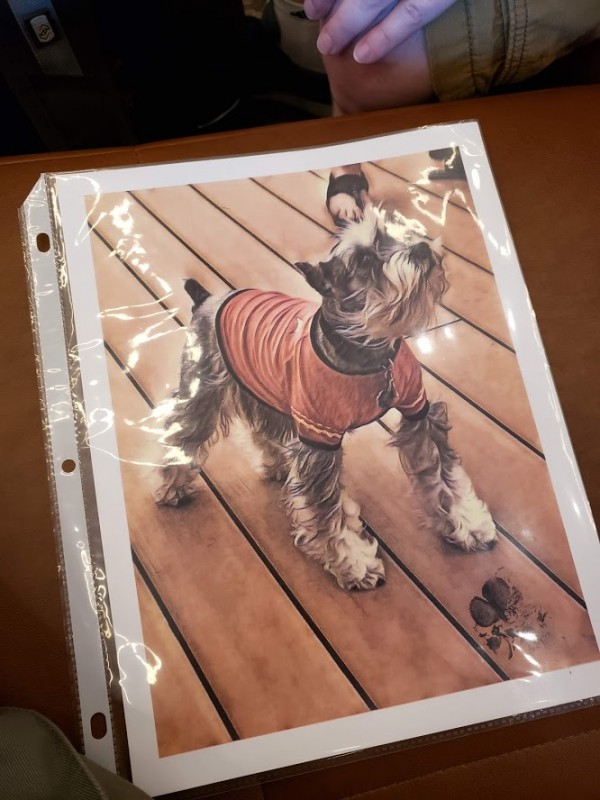 After wandering the convention center for a bit, it was time for the LARP! 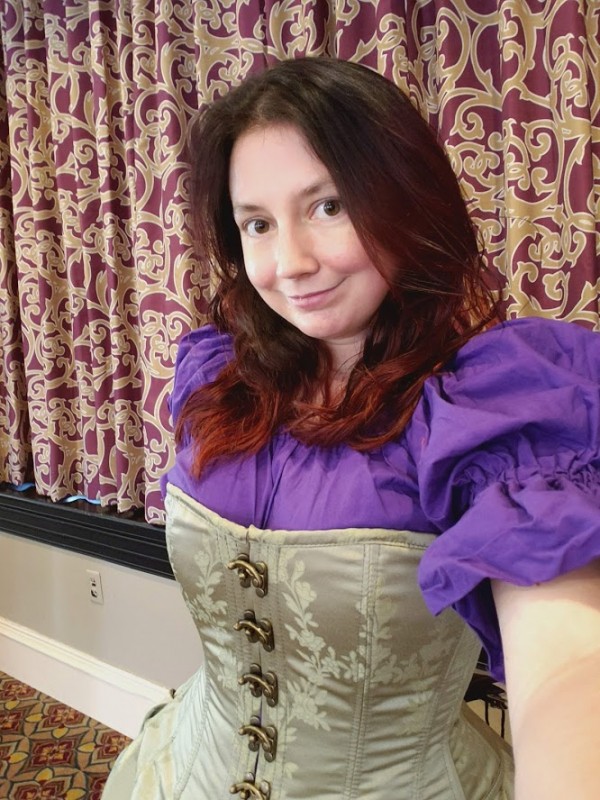 I’ll cover most of the LARP in its own post – from the prep I did to the actual storytelling that happened. I will say, I think I did a much better job storytelling at Trials of the Rose than I did at the City of Heroes LARP last year. (Then again, I think anything would have been better than that, given that I had a nasty anxiety attack just before the City of Heroes LARP.) I was one exhausted nerd on Sunday.

Day 4 of Gen Con didn’t really happen this year, due to Ross being sick. 🙁 He’s been struggling with stomach issues on and off for months now, and parts of Gen Con were particularly rough. On Sunday morning, he wasn’t feeling well at all, so we decided to just pack up and go home. It didn’t help that the Marriott never actually sent a bellhop up to help us with all our luggage, despite us calling twice, and never passed the word on to valet parking that we wanted to pick up our car. (Then again, I think we got off easy with hotel difficulties, given that I heard a story about a valet backing someone’s car into a window at the JW Marriott…) Once we dragged all our stuff downstairs, and once the valet brought Luna up from wherever they parked her, we headed home to look at all the goodies we got and relax a bit. (And, in my case, wash lots of costume laundry.)

And that’s the day-by-day report of Gen Con 2019! I’ll be posting more about the con in general, cosplayers at the con, the Blue Rose LARP, and my Gen Con haul later!