Well, I’ll show you what’s up, my friendly readers. 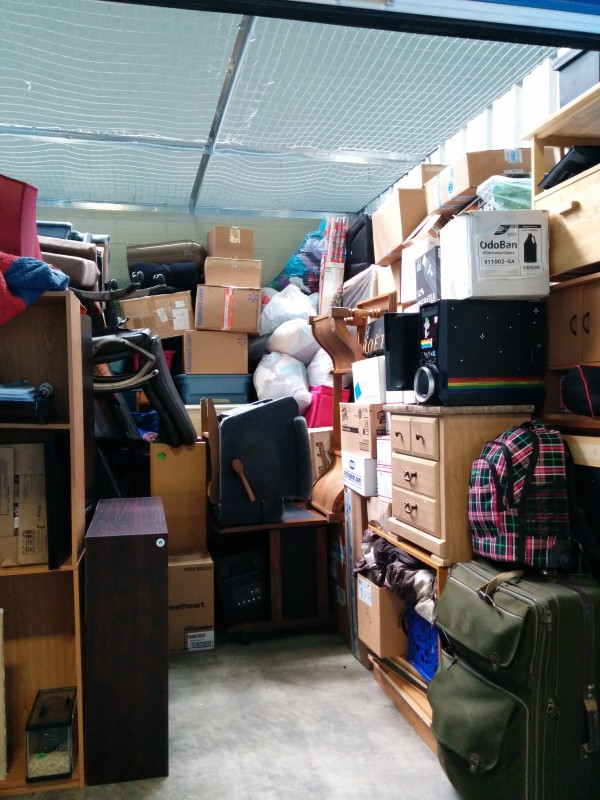 Yep, The Crafty Nerd (and Mister Crafty Nerd, and Ross, and our other housemate Gina, who is also crafty and nerdy) is moving.  And because of the joys of moving (packing, filling up a storage unit, and waiting for the new house to be ready), I haven’t had access to my craft supplies since… oh, June?  It’s a sad existence.  Not to mention pretty much all of my My Little Ponies are in storage as well (see the box under the trash can, at the back of the unit?  Yeah, all my Build-a-Bear ponies are in there, as well as some other pony plushies), and my office isn’t very fun without them.  Plus, I’ve only had my laptop for computering for most of the summer, and the poor laptop’s decided to give up on its battery, which is frustrating.  Grr.  My poor NyanMachine – you can see it there, on top of a small dresser, just gathering dust and waiting to be used to craft blog posts.

So, all my crafting has been put on hiatus, aside from one crocheted blanket and the Cupcakes Pinkie Pie cosplay I’ve been stalling on all summer, simply because I lack the motivation to get it done (and every time I think of something I could add to the costume, I realize it’s in storage and let out a sigh).

Post-GenCon, though, I promise there will be loads of crafty stuff.  And while you all wait, I can at the very least post some nerdy stuff and share some fun craft tutorials!  Until then, be patient – I promise I’ll make it all worth everyone’s while! 🙂